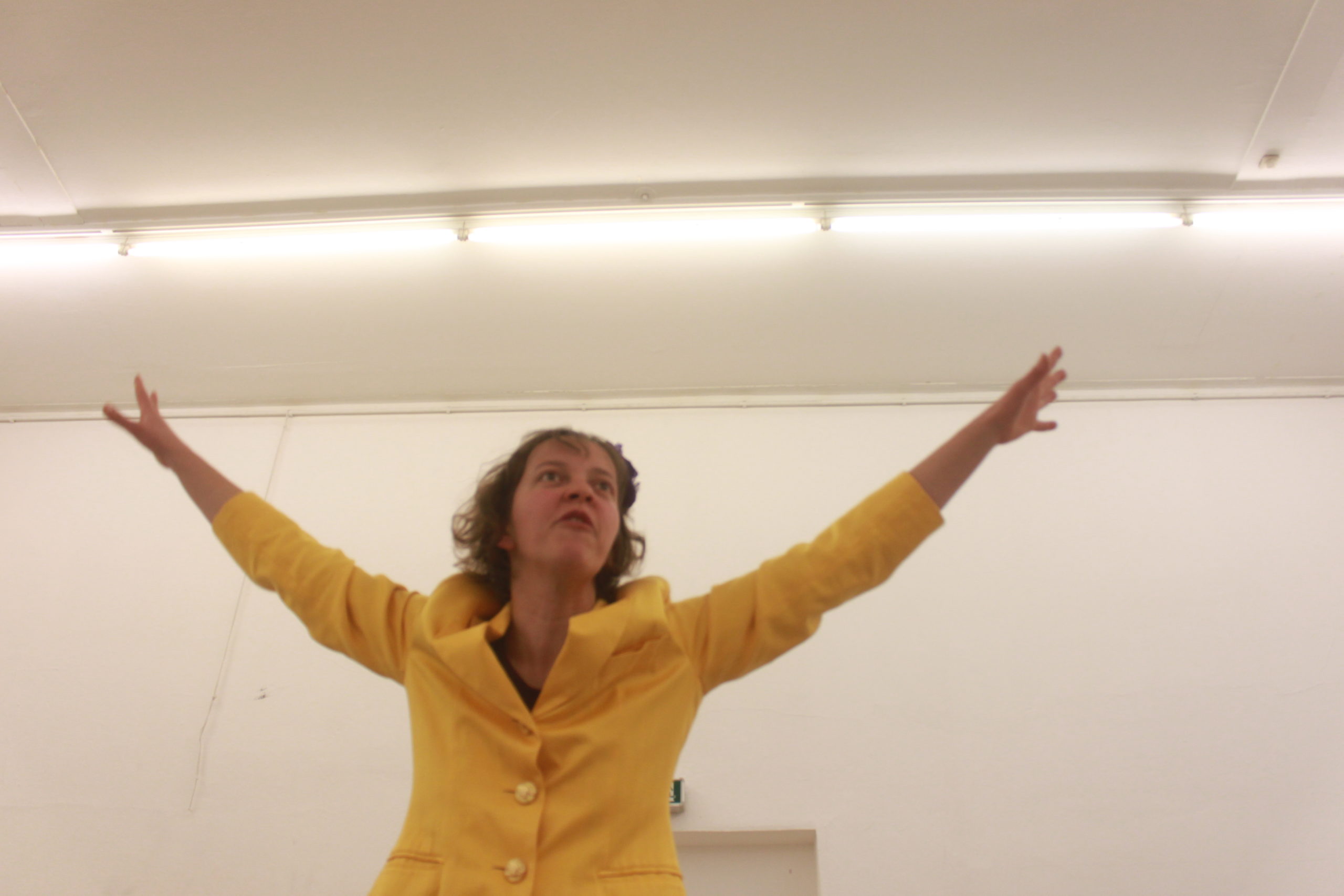 The course proposal is mainly to wake up and prepare the body for the clown’s attention.
We will do exercises that deal with concentration, deconstruct the behavioral patterns of our bodies,
we will use the clown mask and improvise with the camera.

It would be nice for people to have a little space to move around, necessary to have a clown nose, or something that I can use as a clown nose.

Known artistically as Maria Genial (her clown’s name) is a dancer, actress, clown, performer. She is a Brazilian who lives in Berlin. She completed his Bachelor’s Degree in “Communication of the Arts of the Body” at PUC / SP – 2002-2005, specializing in dance and performance. It follows a line of poetic investigation of themes such as acceptance, ridicule, fiasco, always in the area of the performing arts.

She works as a clown at the Rote Nasen Berlin / Germany and Red Noses international by Emergency Smile.

Creator of the solo “Meu Sonho Era”, and she participated in several festivals and shows in Italy, Brazil, Venezuela, Bosnia, Germany, China.